Dr. Laurence Davis is College Lecturer and Director of the BSc Government and Political Science in the Department of Government and Politics, University College Cork, where he works in the areas of political theory and philosophy, political ideologies, and U.S. politics. He has published widely on political theory and ideologies, with particular expertise in radical political thought, including anarchist and utopian studies, democratic and revolutionary theory, and the politics of art, work, ecology, love, and social change. Dr. Davis is a Series Editor of the Manchester University Press Contemporary Anarchist Studies book series and a founding member and current co-convenor of the U.K. Anarchist Studies Network. He has taught politics at a range of universities in the U.K. and Ireland, including Oxford University, Ruskin College, University College Dublin, the National University of Ireland Galway and the National University of Ireland Maynooth, where he co-created the innovative MA in Community Education, Equality and Social Activism. Active over many years in a wide variety of community organisations and grassroots social movements, his research and teaching work on the politics of social change is firmly practice-grounded. His leadership in the areas of equality and social justice is also reflected in his commitments at University College Cork, where he is an active member of the University Equality Committee, the University's LGBT+ Staff Liaison Officer, and a UCC representative on the national Steering Committee of Scholars at Risk. He has served as Chair of the UCC LGBT+ Staff Network, a member of the Main Steering Group of Athena SWAN, and as an IFUT UCC Branch Committee Member and National Council delegate. Dr. Davis earned his B.A. in Political Science from Columbia University in New York, and his D.Phil. in Politics from Oxford University.
‍

Dr. Davis specialises in political theory and ideologies, with a particular expertise in radical political thought. He has published widely in these areas, including on anarchist and utopian studies, democratic and revolutionary theory, and the politics of art and literature, work, love, ecology, and social change. Active in a wide range of international research networks, he has longstanding experience of presenting his research work at international conferences (100+ paper, keynote and invited presentations to date) and of successful interdisciplinary research collaboration resulting in publications in the highest quality peer-reviewed academic journals and books. He has also held numerous leadership positions in his fields of research expertise, including serving since 2006 as an elected member of the steering committee of the Utopian Studies Society Europe, and founding and driving forward the first peer reviewed book series in anarchist studies by a major academic publisher, namely the widely praised (see reviews here) Contemporary Anarchist Studies monograph series formerly published by Bloomsbury Press and acquired in 2015 by Manchester University Press.

A common thread linking much of his research work is a focus on the political uses of utopian thinking and imagination. Whereas many defenders and critics of utopianism alike have tended to conceive of utopia primarily as a transcendent and fixed 'ought' opposed to the 'is' of political reality and the 'was' of social history, he has argued in a wide range of journal articles and books that it may also be understood as an empirically grounded, dynamic and open-ended feature of the 'real world' of history and politics representing the hopes and dreams of those consigned to its margins. In 2005, for example, he and Prof. Peter Stillman (Vassar College, USA) published the first collection of original essays devoted to the new utopian politics of Ursula K. Le Guin's multiple award-winning anarchist utopian novel The Dispossessed (1974). His own contribution argued that the novel is an achieved example of something that many defenders and critics of utopia alike have difficulty even imagining: namely, a genuinely dynamic and revolutionary utopia premised on an acceptance of the enduring reality of social conflict and historical change. More recently, he collaborated with Prof. Ruth Kinna (Loughborough University, UK) to assemble the first collection of original essays to explore the relationship between the anarchist and utopian traditions, focusing particularly on the ways in which their long historical interaction from the Warring States epoch of ancient China to the present time has proven fruitful for emancipatory politics. Among the most notable findings of this wide-ranging analysis of ideas, literary texts, social movements, and communal experiments is that in stark contrast to the rationally fixed and transcendent utopias associated with escapism and/or domination, nearly all of the anarchist or anarchistic utopias examined are focused first and foremost on transforming the present as part of an organic process in which already existing historical tendencies are nurtured and built upon. Most of them call into question modern conceptions of progress, and recall the organic communities of the premodern past and the dissident present in order to inspire and inform contemporary libertarian struggles for a more humane future. They affirm the reality and worth of those natural and cultural forces that are the devalued and rejected 'other' of civilized domination, and in their nonliterary forms frequently exemplify a 'prefigurative' form of direct action politics demonstrating that libertarian utopias are not only eminently desirable but also immediately realizable.

Drawing on this and related research, including contemporary ecological, anti-capitalist, indigenous, degrowth, feminist, queer, and post-colonial perspectives, Dr. Davis is currently completing a research project (including a scholarly book manuscript, journal articles, and a series of book chapters) on the theme of 'Grounded Utopianism', emphasizing especially the differences between utopias associated with the imagination of and/or quest for perfection in some impossible future (transcendent utopia), and those associated with the encouragement of greater imaginative awareness of neglected or suppressed possibilities for qualitatively better forms of living latent in the present (grounded utopia).
‍

Dr. Davis teaches across the full spectrum of the Department's undergraduate and postgraduate programmes, leading modules at first, second, third, fourth year and MA/MSc levels, supervising postgraduate and undergraduate dissertations and work placement students, and  directing the Department's BSc Government and Political Science programme. His chief teaching interests are in political theory and ideologies, democracy and active citizenship, and the politics of social change. He also convenes and delivers the Department's  modules on government and politics in the United States, the politics  of science and technology, and the politics of ecology. Having previously held positions at Oxford University, Ruskin College, the Stanford University Centre in Oxford, University College Dublin, the National University of Ireland Galway, and the National University of Ireland Maynooth, Dr. Davis has extensive experience over many years of teaching, assessment, counselling, research supervision, administration, module/course leadership, and course and curriculum development. In his capacity as the Department's Mature Students Officer, he has a particular interest in adult education, and in employing the tools of education to overcome social marginality.

Dr. Davis formerly served as Director of the Department's PhD programme. He welcomes applications from prospective PhD students in any area of radical political thought. Proposals focusing on anarchist studies, utopian studies, Indigenous politics, contemporary ecological and anti-capitalist politics, democratic and revolutionary theory, feminist and queer theory, or the politics of love and radical/revolutionary transformation are particularly welcome. So, too, are proposals that combine theory and practice, academic rigour and the insights of contemporary activism. More information about the PhD in Government and Politics programme, including application procedures and sources of financial support, may be found on the PhD page of the Government and Politics Department website. Informal queries are also very welcome, and may be sent to Dr. Davis at l.davis@ucc.ie. 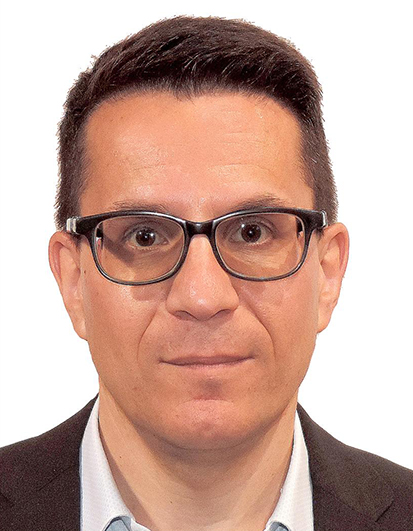