Professor Aideen Sullivan is Head of the Department of Anatomy and Neuroscience. She leads an active research group, focused on novel approaches to the treatment of Parkinson's disease. Her particular interest is the development of neuroprotective therapies, which have the potential to slow or reverse the progression of this debilitating disease.

Aideen Sullivan graduated from University College Dublin in 1992 with a BSc (First Class Honours) in Pharmacology. She obtained a PhD in Neuropharmacology from the University of Cambridge, UK, in 1995. She worked in Imperial College London School of Medicine as a post-doctoral researcher from 1995-1998, on a project funded by the Parkinson's Disease Society. In 1998, she was appointed as Lecturer in the Department of Anatomy at UCC; she was promoted to Senior Lecturer in 2006 and to Professor (Scale 2) in 2014 and appointed Head of the Department of Anatomy and Neuroscience in March 2021.

Upon her appointment to UCC, Aideen was actively involved in establishing the BSc in Neuroscience, the first Neuroscience degree in Ireland, and she taught on this degree since 1998, and was Academic Director until 2017. Recently, she led the development of a new cross-College BSc degree programme in Medical and Health Sciences (CK707), which had its first student intake in 2018.
In 2006, Aideen was awarded a Postgraduate Certificate in Teaching and Learning in Higher Education from UCC. She practices research-led teaching and encourages capable students to pursue research careers. She provides mentoring to undergraduate and postgraduate students and to colleagues. In 2010, she attained a FETAC certificate (awarded Distinction) in Peer-Mentoring. She has been an active participant in UCC's "Through the Glass Ceiling" Programme for Female Academics and Researchers (2011-13). In 2015, she was awarded a scholarship to participate in the Leadership Foundation's Aurora programme for women in Higher Education. She is Chair of the 'Flexible Working' Working Group for UCC's Athena SWAN Institutional application in 2020, and a member of UCC's main Athena SWAN steering group and of the College of Medicine and Health's Athena SWAN steering group.
Aideen is active in promoting Neuroscience and stem cell research in Ireland. She visits Parkinson’s support groups throughout Ireland, speaking to patients and their carers, clinicians and nurses, about recent advances in the research field. She has organised several conferences in the areas of Parkinson’s disease, stem cells and Neuroscience research, including the highly successful BRAINTALK Parkinson’s Community Meeting and Exhibition in 2015 (https://www.ucc.ie/en/braintalk/) and Brain Connections in 2018 (https://www.ucc.ie/en/cns/news/cork-neuroscience-centre--brain-connections-open-day.html). She undertakes visits to primary and secondary schools, to promote understanding and awareness of science and medicine. She has delivered talks and organised the Neuroscience information stand at each of UCC's Open Days for Schools since 1998.
Professor Sullivan is Editor-in-Chief of Neuronal Signaling, an Open Access peer-reviewed journal published by the Biochemical Socierty through Portland Press (http://www.neuronalsignaling.org). She is a member of Neuroscience Ireland, FENS (Federation of European Neurosciences), NECTAR (Network of European CNS Transplantation and Restoration), the Anatomical Society of Great Britain and Ireland, and the Irish Network of Neural Stem Cell Investigators.
‍

Parkinson’s disease (PD) is the second most common neurodegenerative disorder, affecting ~2% of people aged over 65. Since PD is an age-related disorder, its incidence is steadily escalating, due to increases in life-expectancy. Current treatments are successful in alleviating symptoms in the short-term but their long-term use is associated with significant side-effects, and they have no effect to slow down the disease progression. The immediate future holds a significant challenge for researchers to develop novel treatments for PD, which will be efficacious and safe for long-term use by patients. Such developments will be driven by advances in the understanding of neuropathology of PD as well as the development, maintenance and health of dopamine neurons, the cells that degenerate in PD. My research programme aims to address these challenges through a coherently-linked program focused on key thematic areas, using in vitro and in vivo models: 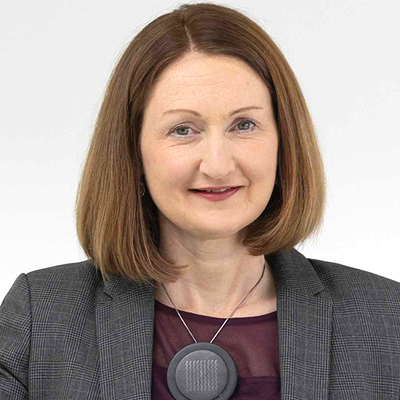 Department of Anatomy and Neuroscience