Total Career Publications: 67Publications 2010-2016: 55Total Citations: 1716h-index: 20PhDs Graduated 2008-2014: 13MDs Graduated 2008-2014: 1MSc by Research Graduated 2008-2014: 2Qualifications: BSc (Hons) Pharmacy, PhD, Dip Stat, Cert Health Econ, Cert Clin Pharm, MPSICurrent Duties:Interim Registrar (UCC) since November 2020. Head of the School of Pharmacy (UCC) from Oct 2013 - Oct 2020, Course Director of the MSc in Clinical Pharmacy (Oct 2010 - Aug 2014) Organisation and delivery of undergraduate and postgraduate pharmacy practice and clinical pharmacy modules.I commenced my UCC career as a joint appointment between the School and Cork University Hospital where I established a pharmacist and nurse lead anti coagulation clinic with clinicians in CUH.  This concept has expanded to other hospitals in the regional along with the establishment of a Community Pharmacy based anti coagulant clinic in East Cork.I graduated from the University of Sunderland in 1996 with degree in Pharmacy, before embarking on his clinical training in Scotland. In 2002 I graduated form the School of Pharmacy, Trinity College Dublin having completed my PhD in the area of non physician management of oral anticoagulant therapy and I was the first person in Ireland to undertake a PhD in the field of Clinical Pharmacy Practice.  Since then I've worked as both a community and hospital pharmacist in various locations throughout Ireland before joining UCC in 2004.Among my many research achievements I am part of a UCC team that developed the STOPP/START screening tool that was first published in 2008. This screening tools aims to improve the quality and safety of medicine prescriptions for elderly patients.   The team’s ultimate aim is to develop the STOPP/START software engine so that it can be deployed by all healthcare professionals e.g. doctors, pharmacists and nurses at the point of prescribing, dispensing and/or medication review for elderly patients on a regular basis.My research team are also working in the field of antimicrobial usage patterns and I was part of a multidisciplinary team to published the first set of antimicrobial guidelines for use in primary care in 2011.‍

Elderly people (aged 65 and over) currently make up 11.5% of the Irish population. Despite this, they consume about 35% of all medicines prescribed and 47% of medicines prescribed on the General Medical Scheme. Reported rates of inappropriate prescribing of between 10% and 70% depending on the clinical setting have been published in the literature. Until recently, only two validated screening tools were described in the literature: Beers¿ Criteria (Beers et al., 1991, 1997; 2003; 2012) and the Improved Prescribing in the Elderly Tool (IPET) (Naugler et al., 2000).  Although widely referenced, the Beers' Criteria and IPET tools have a number of deficiencies and are not always relevant to clinical practice.  Given these deficiencies, neither of these tools tends to be used by prescribing physicians when reviewing and writing prescriptions for elderly patients.  Hence, our research team, in consultation with Dr. Denis O'Mahony  (Department of Geriatric Medicine, Cork University Hospital and the Department of Medicine, University College Cork) in 2006, devised the STOPP (Screening Tool of Older Persons' Prescriptions) and START (Screening Tool to Action the Right Treatment) criteria, which are comprehensive, evidence-based and structured on physiological systems. These criteria have subsequently been validated by an expert review panel, comprised of 18 experts in geriatric pharmacology and therapeutics. To date, our work has focused on elderly people admitted to hospital with acute illness and patients living in the community, under the care of their GPs.  Our data so far show that there is a considerably higher probability of identifying inappropriate prescriptions among elderly people admitted to hospital from using STOPP/START than either of the other screening tools.

Constraint Based Reasoning is a sub-field of Artificial Intelligence that is proposed to have problem solving capabilities similar to the human brain.  Jointly with the Department of Computer Science (UCC) and the Cork Constraint Based Technology Group (UCC) the applicability and accuracy at which software developed and tested by our research group can screen patients' medical histories for inappropriately prescribed medicines (STOPP-START) is been explored.  This project was funded under the "Enterprise Ireland, Proof of Concept" initiative and was shortlisted by the Technologies Transfer Office (UCC) as a potential commercialisation project.  In 2010, a new company called Clinical Support Information Systems (CSIS) was established. CSIS is the result of collaboration between private enterprise and the UCC academic team working on STOPP/START software (drawn from Geriatric Medicine, Pharmacy and Computer Science).

Presently, our group are assessing GPs willingness to take the clinical recommendation identified by the STOPP/START tools on board when prescribing for elderly patients.  Data on 500 patients currently being reviewed by the research pharmacist and GPs via a step wedge design RCT.  The clinical impact of the tools' recommendations and also the pharmacoeconomic (net ingredient cost) impact on patients' prescriptions is also been evaluated.

Traditionally, anticoagulation services are managed through frequent and regular patient attendance at outpatient clinics in large secondary care institutions.  The main drive of my research is to explore the possibility of moving patient anticoagulant care to the primary health care setting and to empower patients to actively monitor and manage their own oral anticoagulant therapy.  A current method under investigation is the use of near-patient testing devices to measure patients' INRs.  In this model, each patient is provided with a portable monitor, comparable in style and function to a blood glucose monitor, and tests the coagulability of their blood according to a pre-agreed schedule in accordance with an approved study protocol.  These are then communicated to the study pharmacist and dose adjustments / interventions are made according to a defined algorithm.  Patients in the self testing branch communicate their INR measurements via an internet interface.  The aim of this project is to evaluate the benefits (if any) of self-testing / internet dosing of warfarin in contrast to traditional, OPD managed, coagulation therapy.

Antibiotics are globally recognised as one of the cornerstones of medical practice, yet they are widely believed to be overused and misused. This practice can contribute to antimicrobial resistance, side effects and may incur a substantial cost to the health care system.  It is estimated that 80 percent of all antibiotic prescriptions are written by general practitioners. The percentage of these that are unnecessary are unknown, but it is believed that a number are used to treat minor respiratory tract infections, such as the common cold, sore throat, acute otitis media and acute bronchitis, all of which have no compelling evidence to support this practice. Interventions in primary care such as antibiotic workshops and potentially the measurement of C reactive protein via point of care devices may lead to a reduction in their use.  Currently in Ireland, there is no infrastructure in place to monitor antimicrobial usage in primary care and therefore it is difficult to extrapolate local resistance patterns or measure the level of inappropriate prescribing.  At the outset, this project will aim to determine the level of anti-microbial prescribing in primary care nationally and evaluate the rationale for such treatments.  This work is a collobatoration between the Schoool of Pharmacy and the Department of General Practice, University College Cork and the Health Service Executive.

The SENATOR Consortium consists of twelve participating institutions based in nine difference EU states. The SENATOR consortium brings together renowned researchers from across Europe with both scientific and clinical backgrounds in Geriatric Medicine, Clinical Pharmacology, Geriatric Pharmacotherapy.  The aim of this project is to design and validate a computer software engine to optimise the pharmacotherapy and non pharmacotherapy treatment plans of older individuals throughout Europe. http://www.senator-project.eu/the-project/  I am one of the Co-Investigators in the Cork site and I aim actively involved with this project.  EU project grant agreement number 305930.

The TRUST (Thyroid hormone Replacement for Untreated older adults with Subclinical hypothyroidism, a randomised placebo-controlled Trial) Trial is an FP7 funded, double-blind, placebo-controlled, parallel group trial of levothyroxine in 3,000 elderly people with subclinical hypothyroidism in 4 European countries.  The primary aim is to determine the multi-faceted effect of levothyroxine treatment for subclinical hypothyroidism in elderly pateints, with a specific focus on cardiovascular, musculoskeletal adverse effects and patients’ quality of life.  I am a member of the Pharmacy Advisory Committee to this study and I'm involved in a number of a number of ancillary study focusing on medication appropriateness and medication supply issues.  EU project grant agreement number 278148.

Grants that Prof Byrne has worked on or is actively involved with are listed below: 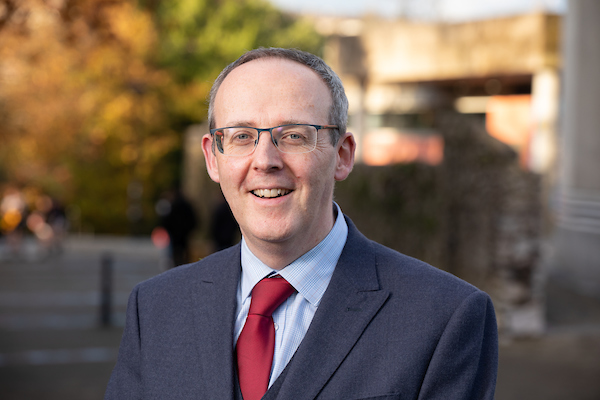