I am a graduate of UCC and the University of York and joined the staff of the Archaeology Department, UCC, in 2002. My research is focused on the archaeology of early medieval Ireland and its European context (c. AD 400-1200). Among other subjects, I have published widely on the archaeology of Christianisation, archaeological approaches to ritual practice including pilgrimage, early medieval architecture and sculpture, the archaeology of territories and boundaries, and the relationship between material culture and social memory. I am a Member of the Royal Irish Academy (MRIA) and a Fellow of the Society of Antiquaries, London (FSA).
‍

My research is focused on the archaeology of early medieval Ireland and its European context (c. AD 400-1200). Among other subjects, I have published on early medieval architecture and sculpture, the archaeology of territories and boundaries, the relationship between material culture and social memory, and archaeological approaches to ritual practice including pilgrimage. My work is characterised by interdisciplinary collaborations with Irish and international researchers.
I have a particular interest in the archaeology of Christianisation in Ireland and other areas of Atlantic Europe. My research on this can be divided into three main areas: early church buildings, the overall layout of major ecclesiastical complexes, and how the process of Christianisation was expressed in the landscape. Looking at these in turn, I have explored what church buildings can tell us about issues such as the provision of pastoral care, ritual practices, the development of saints’ cults, and the negotiation of identity and social memory. I have also considered the role of churches as components of major ecclesiastical complexes and their relationships to other monuments such as high crosses and round towers. I have carried out detailed surveys and excavations of several important ecclesiastical complexes including Inishmurray, Co. Sligo and Toureen Peakaun, Co. Tipperary.I am also interested in landscape archaeology, not least on the varying impact of Christianity on landscapes in Ireland and neighbouring regions during the early Middle Ages. I was Principal Investigator of the INSTAR-funded Making Christian Landscapes Project, which took a comparative approach to selected landscapes in order to identify where and how ordinary people chose, or were obliged, to live, worship and be buried and how this changed over time. The interdisciplinary methodology pioneered in this project is resulting in important new insights, not only into Christianisation, but also into the origins, character and development of early medieval territories and boundaries, including regional and local kingdoms, and their major subdivisions such as ecclesiastical and royal estates. Archaeological evidence is proving to be crucial to an understanding of the socio-economic strategies pursued by those who controlled and lived in these territories.
I welcome enquiries from prospective postgraduate students (MPhil and PhD), both from Ireland and abroad, who are interested in subjects such as early medieval archaeology; landscape and settlement archaeology; medieval architecture and sculpture; the archaeology of ritual and religion; monastic and church archaeology.
‍ 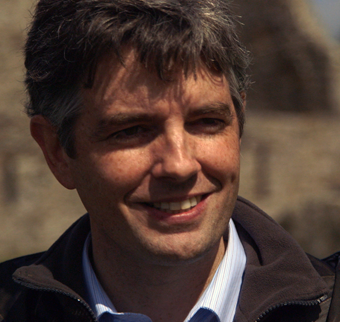