My interest in French is centred on modern and contemporary literature and thought. At present, the large-scale projects on which I'm working extend over three main areas: the implications for our understanding of modernity of the distinct ways in which it is conceptualized in the literature and the thought of Benjamin Constant; fiction and poetry in the nineteenth and twentieth centuries (writers on whom I'm working just now include Vigny and Proust); and the issue of the limit in French thought today (I'm interested, in other words, in problems of the sort which prompt Michel Foucault to characterize philosophy as a practice that consists in adopting a limit stance).
To find out more about this work, please visit my personal website.
My teaching covers these and several other areas. I am glad to hear at any time from interested postgraduate students and post-doctoral researchers, and you can find out more about areas in which I can offer supervision and mentorship in these pages.

I have had a number of other research and scholarly responsibilities. I am a former editor of the journal French Studies and am now a member of its Advisory Board, and am also a former President of the Association d'Études Françaises et Francophones d'Irlande. I have also been a member of the Irish Research Council for the Humanities and Social Sciences (now incorporated into the Irish Research Council). I was founding Chairperson of the Irish Humanities Alliance in 2013–14, and was convener of the group that produced By Imagination We Live: A Strategy for the Humanities, 2020–2030. From 2016 to 2019, I was a member of the board of the European Alliance for the Social Sciences and the Humanities.

Realism and modernity: literature and political thought in the nineteenth century (comparatively)

I am at present writing a book on Benjamin Constant.

French literature and thought since 1789 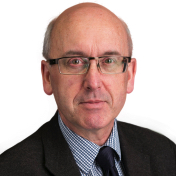