Claire's undergraduate years were spent at the University of Limerick (BA Law and European Studies) and the University of Education, Karlsruhe. Postgraduate studies were completed at the Centre for Irish-German Studies (under Dr Gisela Holfter), University of Limerick, Friedrich Schiller University of Jena (Prof. Dr Jürgen Bolten) and the University of Regensburg (Prof. Dr Alexander Thomas), where she also undertook postdoctoral research under Prof. Thomas, Professor of Social- and Cross-Cultural Psychology, in 2001-2002 (funded by the RIA and DAAD). She came to University College Cork in 2005 from Chemnitz University of Technology where she held a position as Assistant Professor (Juniorprofessur) in Intercultural Training and International Relations from 2002. She is co-editor with Dr V. O'Regan of the volume "Ireland and the Irish in Germany - Reception and Perception" published by Nomos (2014).  Claire has acted as a referee for peer reviewed journals such as Study Abroad Research (SAR), Info DaF, the Journal of Virtual Exchange (previously known as the International Journal of Virtual Learning), and for monographs (Manchester University Press; Peter Lang, Oxford, and others). She was co-chair of the German Studies Association of Ireland (2014-2016), and has been Programme Coordinator of the BComm International (German) since 2005. Drawing on her experience and contacts in Germany, she has set up new university collaborations with the Universities of Jena, Regensburg, Passau and others.‍

- German-Irish Relations
Most recently I have been researching biographies in the field of Irish-German Relations (such as Daniel Binchy, Christabel Bielenberg, Charlotte von der Schulenburg and others).
Over the last 20 years I have carried out research within Irish-German Relations from student exchange and study abroad, to business relations and management styles from a German-Irish comparative perspective. I have also carried out research in comparative migration histories of Ireland  and Germany, and examined auto- /hetero-images of self and other in contemporary literature (against the background of identity constructions).  - Exchange Research / Study Abroad Research and Intercultural CommunicationUnderstanding the experiences of Irish students in Germany, and seeking to maximise their learning while abroad, has been one of my guiding research questions for which I have secured grants from three funding bodies locally and nationally while working at UL (with Dr G. Holfter) and UCC. This research has sought to understand the experiences of students qualitatively, and chart their socio-cultural learning journeys as a departure from the predominant emphasis in research for decades on language progression and language outcomes only. Insights from this research, together with the body of literature on Study Abroad, informs and shapes my teaching and the preparation of students to go abroad.  The role of Intercultural Communication, and the inclusion of formal education measures to teach culture and culture awareness, is informed primarily, but not only, by German academic discourse and some of my publications in the field of Intercultural Communication.A review of a monograph published in 2005 (C.O'Reilly with M. Arnold), which examines developments in Germany in the teaching of Intercultural Communication "Interkulturelles Training in Deutschland: Theoretische Grundlagen, Zukunftsperspektiven und eine annotierte Literaturauswahl", (Verlag für Interkulturelle Kommunikation, Frankfurt am Main, 274 pp.) states:"While there is much literature on the subject "Intercultural Training", it is very often of Anglo-American origin. The book in question concentrates as the title indicates on Germany and is an excellent introduction and resource book for anyone researching Intercultural Training within the field in Germany (Tichy, E., Philologist at the University of Prague, Info DaF, 2007: p. 279).

- The Role of (Women) Professors of German in Academic History
“Understanding the history of education is vital in establishing an appreciation of human development and the advances that have been made in discourse and pedagogy” (McCorristine, 2010: 1)
Acknowledging the role that history plays in shaping current academic discourse, this project is examining the lives of a number of remarkable women in the early 20th century in Irish universities and the contribution they made to German as an academic field of study, but also to the advancement of universities and communities due to their lives and legacies. Indirectly, by examining archival materials, it notes the incredible changes that have taken place within Higher Education in Ireland and in society as a whole in the last 100 years.

At undergraduate level, concerning content courses my teaching interests lie in - German-Irish Relations, particularly in German-Irish biographies. In March 2020 I am organising a research event for students attending GE3139 entitled "“LIVES AND LEGACIES: LESSER-KNOWN FIGURES IN IRISH-GERMAN RELATIONS” in the School of Languages, Literatures and Cultures, UCC.- Since 2005 I have designed various approaches to teaching for the Year Abroad, preparing students for the cultural and academic adjustment of studying abroad and the many life-changes that the YA entails. These approaches have included using literary excerpts for teaching German-Irish culture to using life-writing techniques and the teaching Intercultural Communication from the perspective of Cross-Cultural Psychology. More recently, it has involved the setting up of a digital classroom with a German university as a space for intercultural learning between and with German students.- German Management and Human Resource Issues in German- I have also taught on German film for final years and first year literature courses. 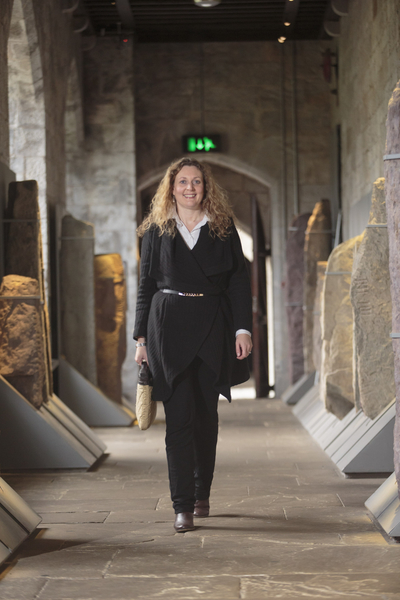