My work focuses on social theory, historical sociology and political anthropology, in particular on historically and anthropologically oriented social theory. Its focus is to reassess the links between Europe, modernity, and the processes of globalization, which is analysed using concepts developed by anthropologists and focusing on the long-term historical conditions and effects of religious and cultural developments, situated broadly within the approach of Max Weber, but going substantially beyond by incorporating the sociology of the Renaissance, and extending to the role of cultural processes like the re-birth of theatre (opposed strongly both by the medieval Church and Platonic philosophy) in the rise of the modern world. I have a genuinely intercultural background, given that I lived and taught in a number of countries with quite different cultural traditions and political experiences. Born and educated in Hungary, thus deeply rooted in the Central European tradition, I experienced the Iron Curtain from the ‘other’ side, and gained a series of unforgettable experiences, in particular about the social effects of good-willing but misdirected ideas, that were quite different from those of most European and North-American social theorists. I then gained a PhD in US; lived and taught for long periods in Italy; since 1998 I'm teaching in Ireland; while also spent extended time in Germany, France, and the UK. I master a number of languages: Hungarian by mother tongue, I am teaching in English for more than three decades, but also taught in Italian, and am fluent in French. I also speak Russian, and read German and Spanish. My list of publications contains seventeen books, including a series of seven books with Routledge, offering a new approach for understanding the modern condition (a trilogy about social theorists: Max Weber and Michel Foucault: Parallel Life-Works, 1998; Reflexive Historical Sociology, 2000; The Genesis of Modernity 2003 (all published in the Routledge Studies in Social and Political Thought); a four volumes reassessing the rise and dynamics of modernity: Sociology, Religion and Grace: A Quest for the Renaissance (2007) restoring the Renaissance at the centre of understanding modernity; Comedy and the Public Sphere: The Re-birth of Theatre as Comedy and the Genealogy of the Modern Public Arena (2013), arguing about the vital significance of the theatre as a cultural and social practice shaping the modern world; and Novels and the Sociology of the Contemporary (2016) and Permanent Liminality and Modernity: Analysing the Sacrifical Carnival through Novels (2017), two books that argue that novels offer special insights for understanding the thoroughly theatrical modern world. Further recent achievements include the Career Research Achievement Award at UCC (October 2014); and becoming the editor of a new Book Series  on Contemporary Liminality at Routledge. The series, of which Permanent Liminality and Modernity was the first volume, has published 11 further books, with two forthcoming and several others under contract. ‍

My research is concerned with basic and pluri-disciplinary research in theory. It attempts to go beyond the paradigms that have so far dominated the social sciences, and to return to the fundamental issue of what it means to be human, in the sense of sociability and political community - an approach particularly salient in light of the current, deep-seated political, economic, social and cultural 'crisis' (itself a much overused word). It therefore attempts to revitalise the links between sociology, politics and anthropology, from the perspective of a return to the basic principles of classical philosophy, especially the thinking of Plato. It is based on the conviction that the frontier of research currently in the social sciences is not to increase specialisation and quantification, but to give better meaning to the valuable work that has been done in various fields by bringing them together. More concretely, my work over the last decade and a half was centred on the question of modernity; one of the most important, indeed founding problems of sociology. This problem of how the world in which we now live has come into being was addressed, in one way or another, by all the classic figures in the field, just as by a whole range of more recent social theorists. Yet, it seemed to me that, instead of simply adding to the existing stock of knowledge, it was necessary to return to the fundamental questions. One part of the reasons was historical: the events of the last two decades, especially the end of the Cold War and the rise of globalisation dissolved confidence in the existing approaches. The other part belongs to the history of thought: the dominant intellectual paradigms of social theory, like liberal evolutionism, based on utilitarian rationalism, and Marxist theory, based on materialism and the exaltation of conflict, not only failed to foresee the main traumatic events of the 20th century (the two world wars and the series of totalitarian regimes), but even failed to face up to their own shortcomings. 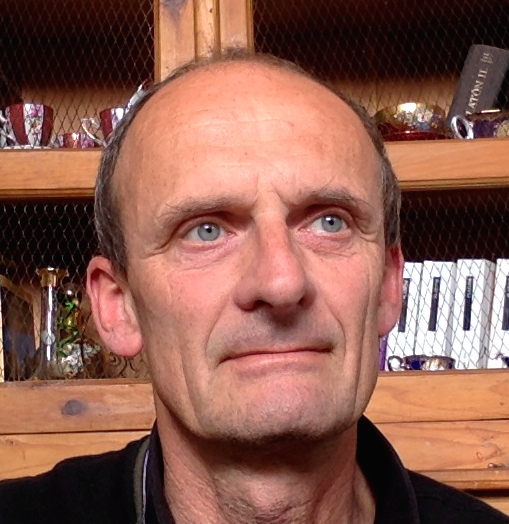