Dr Woods was appointed as Lecturer in Economics in UCC in 1997, was promoted to Senior Lecturer in Economics in 2013.  He received a BA in Economics and Computer Studies in 1995, followed by an MA in Economics in 1996. He graduated with a Ph.D. in Economics in 2005 and a Master’s Degree in Teaching and Learning in Higher Education (MATLHE) in UCC in 2010. In June 2007, Dr Woods received the President’s Award for Excellence in Teaching. His research interests include health economics and in 2007 Dr Woods, as Principal Investigator, received €306,000 grant from the Health Research Board to analyse methods of financing dental services. Dr Woods is a referee for the Journal of the British Association for the Study of Community Dentistry and the European Association of Dental Public Health, and is economic advisor to the National Guidelines Group for the Development of Guidelines for the Use of Topical Fluorides in Dental Health. He is currently economic advisor to the Ministry of Health, Malaysia in developing viable options on financing oral healthcare for Malaysians. He has published widely in the area of health economics. In June 2011, Dr Woods was awarded €233,000 as Principal Investigator from the HRB to develop 'National and Regional Projections of GMS Community Drug Costs in Ireland to 2025: An Integrated Model for Analysing Policy Choices' Dr Woods was appointed as Programme Director for UCC Bachelor of Commerce Degree and Chair of the BComm Board of Studies in September 2011 and continued in these roles until October 2015. He was a member of the Student Needs Committee (SNC) and the Teaching Curriculum Development (TCD) of the Faculty of Commerce for over 10 years. In May 2012, Dr Woods was awarded a grant €1,800 by NAIRTL to carry out research on 'Predictors on Academic Success in Business Economics'. In May 2013, Dr Woods was appointed Associate Editor of BMC Oral Health. He is a member of the Editorial Board of Open Access Dentistry and is a reviewer to the Journal of Dentistry. Dr Woods is member of the advisory board to GlaxoSmithKline for developing oral health policies. In October 2014, Dr Woods was awarded the UCC Staff Recognition Award for Enhancing the Student Experience. In January 2015, Dr Woods is Irish Principal Investigator with an International Oral Health consortium, ADVOCATE, was awarded a €6 million Horizon 2020 (H2020) EU Grant to develop Oral Health Promotion and Prevention Policies for the EU.‍

Following the completion of a PhD in 2005 on the economics of oral health services, my research strategy is: a) to develop a niche area in dental health economics in order to inform oral health policy in Ireland and internationally, b) to get this research into practice through dissemination, and c) to integrate this research into my teaching. I am currently one of the few health economists in the Republic of Ireland researching in the area of oral health.  Professor Ciaran O' Neill has carried out extensive research on oral health in Northern Ireland and we are current devising strategies to develop efficiencies based on best practices in both North and South. This strategy involves developing collaborations between different university departments/centres such as oral health and development, dental public health, and statistics. I am current co-supervising 4 PhD students on applications of economics to oral health with Prof. Finbarr Allen, Prof. Kinirons, and Prof. Helen Whelton of the Dept of Oral Health and Development. The fact that the greatest need for dental care is amongst the elderly has led research on gerontology, collaborating with Dr Brenda Gannon NUI, Galway, National Council on Ageing and Older People and the HRB.  This collaboration has led to the publication of Evidence Based Options for an Oral Health Policy of Older People in 2008.

As a Principal Investigator on a €306,000 HRB grant (2007-2011), I had two researchers employed on a project to develop an efficient oral health system in the Republic of Ireland that's based on international best practice where delivery is evidence based. One of the researchers is undertaking a PhD on this topic.I am a co-investigator with Prof Finbarr Allen and Dr Denis O'Mahony Dept Oral Health and Development on a HRB grant of €229,576 Euro - HRA_POR/2010/154 (2011-2013).  My strategy is to apply for further research grants. In September 2011, as Principal Investigator,with co-investigators Martin Kenneally-Director Centre for Policy Studies, Prof Ivan Perry, Prof Patrick Bourke, Dr Michael Barry- Director Centre for Pharmacoeconomics I recieved €233,000 to investigate inefficiencies/efficiencies in Drug Prescribing.

Further evidence of my commitment to health research is provided by my membership Health Services Research Institute (HSRI) established in 2007 (funded by the HRB) which is a joint initiative of academic staff from the Royal College of Surgeons in Ireland, Trinity College Dublin and University College Cork. I am currently co-supervising one student on the PhD Scholars Programme, which is the main function of the HSRI. This programme provides training for Scholars in core research skills needed to deliver an evidence basis for health service evaluation and planning.My impact on oral health policy has been recognized by the HRB when they included my research in their highlights for 2006 'Open Wide' in A Picture of Health - Improving Health Through Research and Information, A Selection of Irish Health Research 2006, Health Research Board ISSN 1649-8844.  My recommendations on oral health policy were also covered by the Health Supplement of the Irish Times (7/11/06).     In June 2011, Dr Woods was awarded as Principal Investivator €233,000 from the HRB to research 'National and Regional Projections of GMS Community Drug Costs in Ireland to 2025. A Integrated Model for Analysing Policy Choices'. In May 2012, Dr Woods was awarded €1,800 from NAIRTL to undertake research on 'Predictors of Academic Success in Business Economics'

Teaching is the highest form of understanding ....Aristotle

In June 2007, I received the Presidents award for Excellence in Teaching. In Sept 2007, I graduated witha Post Graduate Diploma in Teaching and Learning in UCC. During this course I learned the importance of integrating my research into teaching.  Now my oral health research forms the foundation for my teaching on the Masters in Dental Public Health. I have also undertaken research on teaching and learning and my design of learning outcomes was included in Writing and Using Learning Outcomes (Kennedy 2007). ISBN 978-0-9552229. In Dec 2010, I graduated with a Masters in Teaching and Learning in Higher Education (MATLHE). My thesis titled 'Evaluation of Pre-Enrolment and Post-Enrolment Predictors of Academic Success' was awarded First Class Honours and 1st Place in the MA class of 2010.

I am the College of Business and Law nominee on the Adult and Continuing Education (ACE) Programme Approval Panel (PAP) for the approval for the MSc and HDip in Human Resource Management in  July 2012.

Teaching is a dynamic endeavor that builds bridges between the teacher¿s understanding and the student¿s learning. Pedagogies must be carefully planned, continuously examined, and related to the subject taught.  The most important skill you can teach a student is how to learn and to cultivate in the student the seeds of lifelong learning.  Students should learn to think for themselves and to be flexible with knowledge.  Students must be stimulated to be active learners and encouraged to be critical, creative thinkers with the capacity to go on learning after their college days are over.  Whilst our short term goal is to educate students in terms of academic achievement it is even more important to facilitate their growth and development in terms of their contribution to society as researchers, teachers, economists or whatever their chosen field. 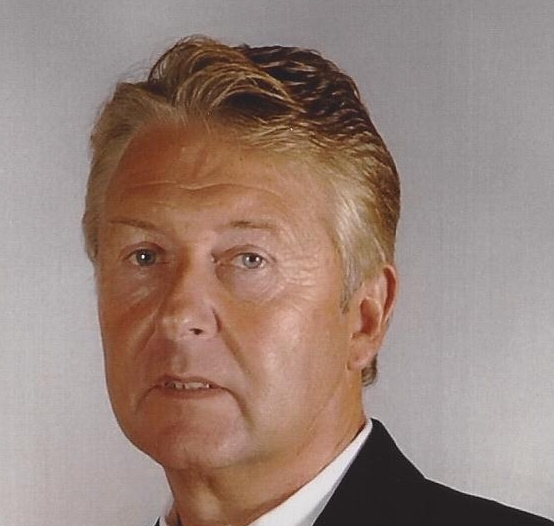