My B.Sc. was in the Biological Sciences, specialising in Microbiology (B.Sc. 1H, , UCG, 1983).  My Doctoral studies were done in London, studying retroviral insertional mutagenesis in the search for genes involved in causing cancer (oncogenes) at the Imperial Cancer Research Funds (now CRUK, The London Institute), Lincoln's Inn Fields, London, obtaining a Ph.D from the University of London (UCL) in 1989.

Two periods (four years in total) of post-Doctoral training followed in France; firstly with Pascal Madaule, in the CNRS laboratories, Gif-sur-Yvette on Rho GTPases and then, with Bruno Goud, in the Pasteur Institute, Paris, working on Rab GTPases.

I established my laboratory in Cork in the early 1990s and since then I have successively been a College Lecturer, Senior Lecturer and now Associate Professor of Biochemistry in UCC.

For further details on the laboratory see Mary's Lab Page.

Also, since the early 1990s, I have been a member of the Biochemical Society, holding the following positions in the Society:

For further information on the Biochemical Society see www.biochemistry.org.

The monomeric Rab GTPases are important regulatory proteins which control eukaryotic intracellular trafficking events of both the secretory and endocytic pathway. The Rab11 subfamily (Rab11a, Rab11b and Rab25) are critical regulators of endosomal recycling have been shown to function in several crucial cell physiological processes such as cell division/cytokinesis, cell migration, insulin response events, and memory processes (long term potentiation - LTP). Furthermore, Rab11 GTPases have been implicated in disease conditions ranging from cancer to Alzheimer’s disease.

My group concentrates on the functional characterisation of events that occur downstream of the Rab11 GTPases, primarily by the identification and characterisation of novel proteins which interact with the GTP-bound Rab and ‘effect’ or ‘elicit’ its function downstream. The major group of Rab11 effector proteins, so far identified, is the Rab11 Family Interacting Proteins (FIPs) which we, and others, discovered about fifteen years ago. The FIPs comprise of the Rab Coupling Protein (RCP), Rip11, FIP2, FIP3 and FIP4. Individual FIP protein function is now known to be central to a rapidly increasing range of crucial cellular processes involving endosomal trafficking/recycling - with Rip11 underpinning cellular GLUT4 plasma membrane translocation response to insulin; RCP function crucial for α5ß1 integrin and EGF-R recycling and cell motility; FIP2 for calcium-induced AMPA-R recycling at the post-synaptic dendritic spines and thus long-term potentiation; FIP3 for cytokinesis and endosomal-recycling compartment (ERC) homeostasis and FIP4 for retinal cell development. For further details of our contribution to the current understanding of FIP function see the relevant publications listed below.

My group has trained a significant number of graduates in Biochemistry and Cell Biology. Nine Ph.Ds. and four M.Scs. have graduated from the laboratory during the past two decades, along with approximately 100 final year B.Sc. student and about 10 summer students. Two career development post-Doctoral fellows have been associated with the group. Dr. Andrew Lindsay being funded by a HRB-Marie Curie post-Doctoral mobility fellowship to work on secondment for a period in the Curie Institute, Paris, on the functional characterisation of the actin motor proteins (Myosin Vs), and Dr. Conor Horgan funded by the Irish Cancer Society as a research fellow to work on the identification and characterisation of the guanine nucleotide exchange factors (GEFs) which activate Rab25 (Rab11c) during invasive ovarian cancer cell migration.

We maintain a very active collaboration with Dr. Amir Khan’s crystallography group in Trinity College, Dublin on resolving the crystal structures of Rab proteins in complex with their modulatory proteins, particularly with their downstream effector proteins. For an indicative publication in this area, see Lall, P., et.al., 2013. For our list of collaborators past and present see below.

We also have an interest in motor proteins including the dyneins and myosins. Additionally we have a research interest in Hereditary Haemochromatosis (HH), a condition most prevalent in Celtic populations that leads to the gradual build-up of iron in the body due to an iron metabolism disorder, which if undiagnosed can lead to a gradual accumulation of iron in the body. This ultimately can cause destruction of vital organs and lead to death. Several genes / proteins are implicated in HH in particular the HFE gene/protein. My group has investigated the localisation and function of proteins (such as HFE) in the context of iron uptake into cells. For further information regarding our work on HH/HFE see Bhatt, L., et.al., 2007 & 2009.

More recently we have become interested in the GRAB protein and its function in the context of Rab11 cellular function.

Research in the laboratory has been supported over the years by funding (~7 million Euro) from:

The Health Research Board of Ireland (HRB)

I currently teach various aspects of molecular biology, cell signalling and cell biology to undergraduate science & medical students. An outline of my courses and all courses taught by staff in the Department of Biochemistry are available at UCC Book of Modules. 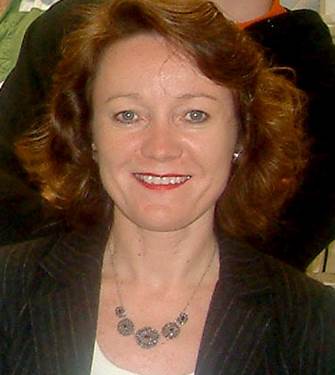