Dean Venables obtained his BSc and MSc degrees from Rhodes University (South Africa) and his PhD from Yale University (USA) in 2001 under Prof. Charles Schmuttenmaer.  His PhD research investigated the properties of liquid mixtures using ultrafast terahertz spectroscopy to probe the dynamics of water and polar solvents. Following his PhD, he developed near-infrared frequency standards using external cavity diode lasers at the National Metrology Laboratory (South Africa). He moved to Ireland in 2003 to study atmospheric chemistry.  He has been a lecturer in the Department of Chemistry since 2005. His research focuses on atmospheric chemistry, air quality, and instrument development for quantifying trace gases and characterising aerosols. This work involves a combination of field, chamber, and instrument development work.  The Venables group have participated in numerous national and international campaigns in Ireland, Canada, the USA, Germany, Spain, and China.  His research has been funded by Science Foundation Ireland, the Environmental Protection Agency, and the EU FP7 and H2020 programmes.
As of early 2020, his work had been cited over 1800 times and he had an h-index of 23 (Google Scholar).  He is a session co-convener at the European Geosciences Union General Assembly and is an editor of a forthcoming monograph on atmospheric spectroscopic methods from Elsevier.
‍

My research interests centre on developing new spectroscopic approaches to detect trace gases, and then applying these tools to answer open questions in atmospheric chemistry. Of particular interest is the chemistry of the highly reactive radical species that drive much of the chemistry of the atmosphere, even when present at low parts-per-trillion levels. Such radicals include NO3, the dominant oxidant in the troposphere at night, as well as halogen oxide radicals, particularly BrO and IO, that are responsible for tropospheric ozone loss. Halogen-catalysed loss of ozone is most dramatically evident in the episodic depletion of tropospheric ozone during polar spring. The Venables' group is also investigating the release of iodine from seaweeds and its role in coastal particle formation.  Other projects are focussed on new methods to detect mercury in the atmosphere: new, more sensitive analytical tools are need to investigate the atmospheric speciation of mercury and understand how this important environmental pollutant is exchanged between the surface and the atmosphere. 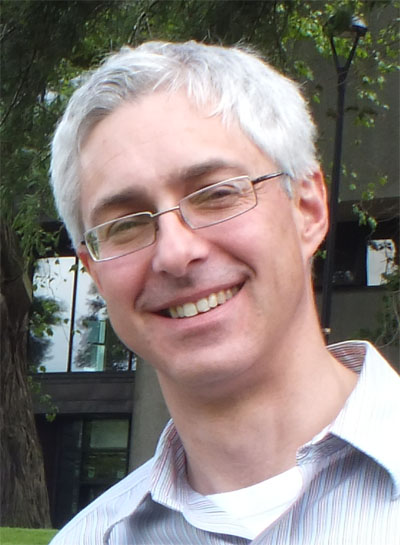