John Morrissey graduated in 1990 from University College Cork with a BSc in Microbiology. He subsequently moved to the European Molecular Biology Laboratory in Heidelberg, Germany to carry out research for his PhD in the area of yeast cell biology and was awarded a PhD for this research in 1994. His post-doctoral research career brought him first to the University of California, Berkeley, USA (1995-1997) and then to the John Innes Research Centre, Norwich, UK (1998-2000). In 2000, he took up research and teaching positions at UCC and since 2003 has led his own research group of postgraduate and post-doctoral scientists working in the area of yeast biotechnology. He has published extensively and his work has been widely cited in the field (2020; Scopus, h-index 39). His contribution to the scientific field and yeast community is exemplified by extensive paper and grant reviewing activity and membership of International committees and Boards. He is the current Editor in Chief of FEMS Yeast Research, represents Ireland on the International Commission for Yeasts (ICY), is a Board Member of Microbial Biotechnology Division of the European Federation of Biotechnology, and is an elected Council Member of the Microbiology Society.
‍ 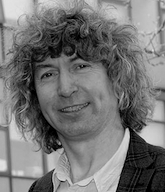