The work in my laboratory is involved in understanding the regulation of virulence factor synthesis and virulence in bacterial pathogens of plants and animals. Our major interest is in the role of the bacterial second messenger cyclic di-GMP. Signal transduction systems that utilise cyclic di-GMP as a second messenger serve to link the perception of different environmental signals, including those of host origin, to alterations in bacterial gene expression and behaviour. A greater understanding of the operation and organisation of these signalling systems and their role in the complex of interactions between bacteria and their hosts during bacterial disease could have substantial implications for new approaches for disease control and for the action of new antimicrobial drugs. Two protein domains, named GGDEF and EAL, have been implicated in cyclic di-GMP synthesis and degradation, respectively. We have shown that a third domain, HD-GYP, is a novel cyclic di-GMP phosphodiesterase (Ryan et al, 2006). We established the paradigm for the action of an HD-GYP domain protein in cyclic di-GMP signalling through studies of the HD-GYP domain protein RpfG of Xanthomonas campestris. RpfG together with the sensor kinase RpfC form a two-component system that links perception of the cell-cell signalling molecule DSF (for Diffusible Signal Factor) to regulation of the synthesis of specific virulence factors and virulence in this plant pathogen. More recently we have shown that the three HD-GYP domain proteins of the human pathogen Pseudomonas aeruginosa all contribute to the ability of this human pathogen to cause disease in a model system, the killing of the larvae of the Wax moth. These three proteins have distinct actions to regulate the synthesis of different virulence factors. As with GGDEF and EAL domains, the HD-GYP domain is widely distributed in free-living bacteria and occurs in plant and animal pathogens, as well as beneficial symbionts and organisms associated with a range of environmental niches. Identification of the role of the HD-GYP domain thus increases our understanding of the cyclic di-GMP signaling network whose importance to the lifestyle of diverse bacteria is now emerging. The current work in the laboratory addresses the mechanisms of virulence-related signalling through HD-GYP domain proteins in both X. campestris and P. aeruginosa. In conjunction with the Diamond Light Source UK, we have recently determined the crystal structure of an enzymatically active HD-GYP domain protein (Bellini et al, 2014), affording further insights into enzymatic mechanisms and regulatory properties of this class of protein.

A related strand of research deals with the mechanisms of perception of the DSF cell-cell signal. The role for DSF signalling in X. campestris was established when I was in the Sainsbury Laboratory at the John Innes Centre. More recently, work in my lab has shown that DSF signalling contributes to the virulence of the human opportunistic pathogen Stenotrophomonas maltophilia and that interspecies signalling between S. maltophilia and Pseudomonas aeruginosa (which can occur together in niches that include the cystic fibrosis lung) triggers resistance of the latter organism to polymyxin antibiotics, which are re-emerging in clinical use. These latter findings contribute to the growing appreciation that many human infections are polymicrobial in nature and that interactions between the organisms mediated by cell-cell signals can modulate their behaviour to influence virulence or persistence of pathogens and can influence the efficacy of treatments. 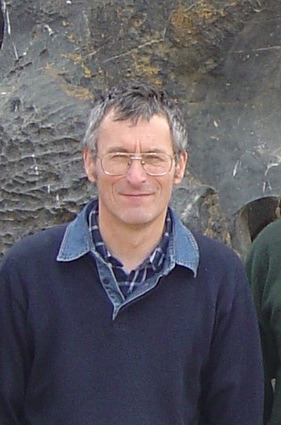