My research strategy is to concentrate on applied ecological research. Most of my research has been in the field of freshwater ecology, but I have broadened out in the last two years into woodland ecology and the ecology of riparian biota, including plants, insects and bats. The focus of my freshwater research has been in two main areas - 1) impacts of riparian vegetation on stream ecology and 2) pollution and nutrient enrichment of streams and lakes. Recent grant capture has also been high in the field of commercial forestry impacts on freshwaters.

My top three recent research outputs include Pretty et al. (2003) and Harrison et al. (2005), and Dineen et al (2007). The two former articles revealed that much small scale river rehabilitation work was of little ecological value, despite its high cost. These findings have had a major impact on the whole area of river rehabilitation in the UK. There is now a much greater emphasis on recording and monitoring the actual benefits to biota of rehabilitation schemes and a greater scientific understanding of the effects such measures may have. The last article has substantially added to the literature on salmonid ecology in upland catchments and the importance of natural riparian vegetation to salmon and trout foraging. 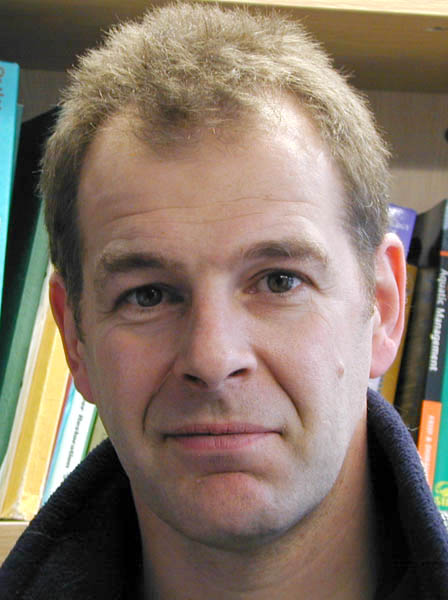